What It’s Like to Work at a Fashion Magazine

Ever since I was a little girl, I wanted to work at a fashion magazine- and not just at any fashion magazine; Cosmopolitan. Cosmopolitan was my dream magazine. I remember flipping through the glossy pages of the magazine and wondering what it must be like to create those beautiful looks and stories. When you grow up loving and wanting something so dearly, it has an uncanny everlasting impression on your memory. Last year, I had got the opportunity to intern with Cosmo but I couldn't join as I was juggling between two colleges. This year I applied again with a stronger CV and a decent portfolio and after weeks of following up and pestering the team, I was called for an interview. Now, I'd like to share a fact with you. I am really calm and confident during an interview. I've never had issues in communicating or putting my thoughts out there. But, when you're sitting in your dream office, your calm and cool vanishes in thin air. Although I was very nervous during the interview, I nailed it. Even before getting the mail which confirmed my internship, I knew I was in. Since NIFT had just ended, I was quite thrilled that something huge was about to happen again. As soon as I got the acceptance letter, I went to the mall and splurged on clothes and stationery (both super important at a fashion magazine) for my big first day.

I hadn't told a lot of people that I had got 'it' because I couldn't believe it myself. Only when I entered the office and got introduced to the team, did I digest the fact that I will be working in my dream magazine.

Editorial Department
When I joined, I was asked to work in the editorial department. In this department, one has to work on anything and everything which is written in the magazine. I had no idea how difficult it can get until I started working on stories. I edited, proofread stories, wrote advertorials, transcribed stories and what not. This department is SO extensive that the work only ends if you regularly pull all-nighters. 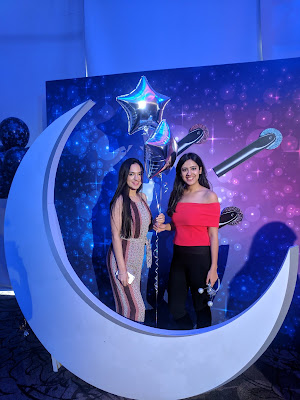 I won't say it was all work-work in the editorial department. I had a ball while organizing the Cosmo Beauty Weekend with the assistant editor-in-chief. Cosmo organizes a lot of events and the team (including the interns) only has to work on everything. From making the guest list to compiling a decent goodie bag, we did everything from the scratch. Although on some days I loathed the task of making lists, it was a good thing that I was made to do all that. We executed the planning quite well and the event turned out to be a big success. Apart from organizing events, when I worked in the editorial department, I had to sit with the art team and make changes in the layouts, images, fonts etc.
The three weeks that I worked in the editorial department were very nice. I had the most badass mentor (assistant editor-in-chief) because of whom I was able to grasp a lot of things. I also got to transcribe the cover interview of Kangana Ranaut for the June Issue, in this department. It is in itself a big deal because firstly it is the cover interview. Secondly, the transcription goes directly to the editor-in-chief.
For a brief period, I even reported to Nandini Bhalla (editor-in-chief) for a few days. I did flatlay shoots for her with interesting themes and backgrounds. I have done product shoots for my blog before but she was the one who taught me the tricks and hacks which make a flatlay shoot gripping to the eyes. 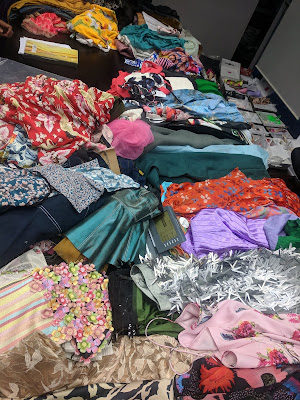 Fashion Department
After that, I asked the team to put me in the fashion department because that was the department I originally got selected for. In this department, my first task was to assist one of the stylists for the cover shoot of Jaqueline Fernandez. Cover shoot is the biggest deal in an issue at all the magazine houses, let alone a fashion one. For the shoot, we started the work by making selections from various high street brands and designers. After the selections were done, we went forward with the sourcing. The most exciting part (or I thought so) comes after sourcing. Those of you who are ardent followers of my Instagram must have seen the 'creating looks' part on my stories. The first time I created looks with my head stylist, the experience was both stupendous and horrifying. It was amazing because we had SO many clothes, shoes and accessories in one conference room. 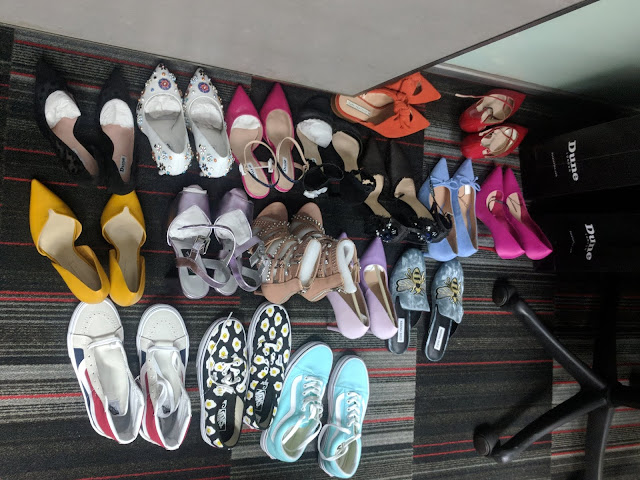 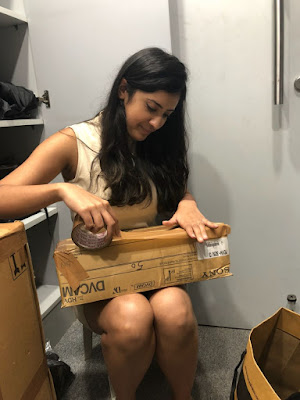 On the other hand, it was horrifying because we had to stay till late to create looks, sort the sourced stuff and then put it all back in the closet. One time I had to stay till 1 AM and reach the shoot location at 6 AM. The other time I had to stay till 2 AM. Now I won't say it was all bad. Staying till so late has its own perks. Like you can cross off, being alone in an office from your bucket list. I also got to bond and do all sorts of crazy things with the other interns. The most important thing that you learn is that no work is small. You have to do every sort of work and you cannot budge even for a single minute. Apart from creating looks, I also had to courier, pack suitcases and dispatch parcels. There were days when I spent hours and hours packing couriers inside the closet (now I'm such a pro in packing that no matter how much stuff I put in my suitcase, it will close). 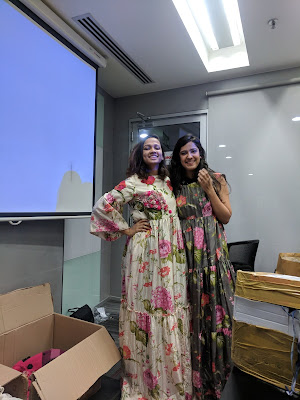 My most favorite shoot was the Big Fashion editorial shoot that we did in a tennis court. The shoot took place on a Saturday. It started at 6 AM and ended at 6 PM. The concept was pretty cool and we had invested a lot of energy and effort in creating 8 beautiful looks. It's my favorite shoot out of all because of the way it was executed. It was all so exciting and so surreal- to watch the make-up and hair artists work their magic on the model. Even the photographer did a hands-down job that day. It was just perfect.

Cosmo's June '18 issue will always be a special one for me because I worked on plethora fashion stories and shoots for that month. Not just in editorial and fashion, I even worked with the art team for that issue. If you go through that issue, you'll be able to spot my name on a lot of pages. 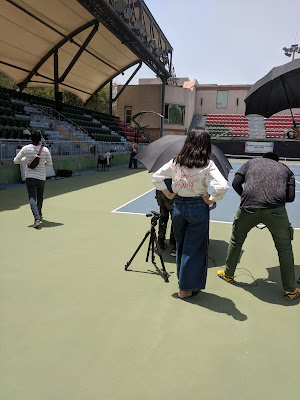 In total, I assisted for two cover shoots, two editorial shoots and 5 small shoots in two and a half months. Apart from that, I also assisted in many fashion and trend stories.
I still remember the first time I saw my name in the cover shoot and interview. That's something so special that you can only feel and not be able to describe. When I had completed my course at NIFT, I wasn't sure if fashion styling was the road I wanted to take. But, Cosmo gave me a direction and the boost that I needed. This company taught me how to get the work done, take charge, get after what you want and tons of other things which will help me all my life. Every second in that office was overwhelming for me because I had to learn SO much in so little time span. On my last day, I remembered the line that my boss had told me when my interview was going on. She'd said, "it may all seem very glamorous to you but in reality, it's much harder than it seems." I remembered this line because every bit of it was true. Some of you asked me if it was similar to the movie, 'Devil Wears Prada'. If I am completely honest, it was far more brutal than what happens to Andy in the movie.

All in all, working at Cosmo was a dream I made true. Let's just say that it was a surreal pinch-me phase. 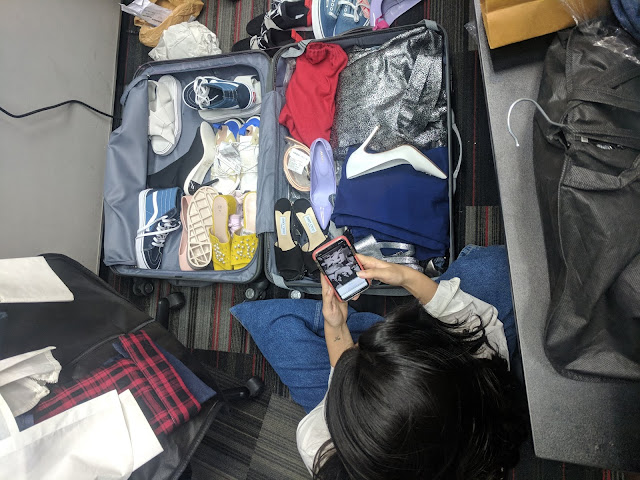 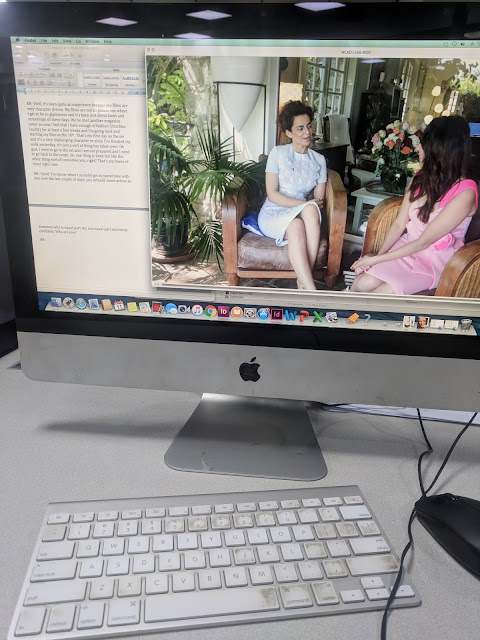 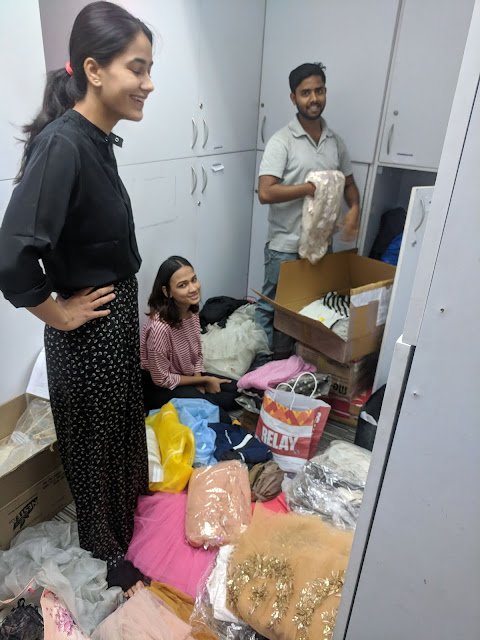 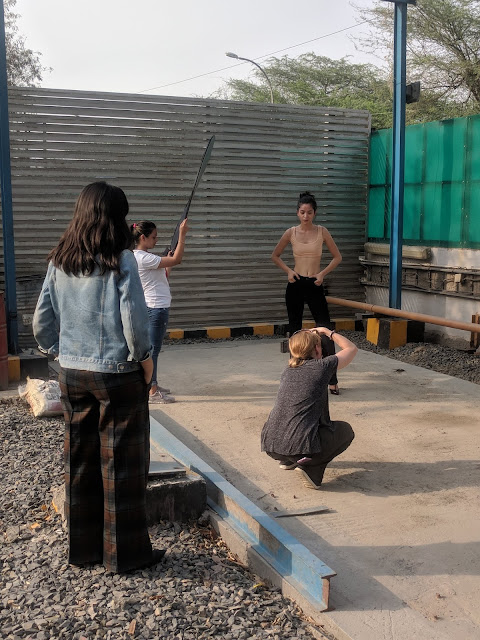 Posted by Shweghna Gursahaney at 10:13