TMxNityaBajaj- The One from the Equine Collection

If you're an ardent follower of Indian designers who are killing it with their designs, then you must know about Nitya Bajaj's recently launched collection- Equine. Previewed at the India Showcase Week which took place at the Roseate, Aerocity, this collection of Nitya Bajaj gained so much of media coverage that the updates from this show was all I could see on my social media platforms for a whole week. (And mind you, I follow a LOT of publications/media houses)

Who wouldn't adore this collection?
After all, it has prints of horses, hoofs and bows. Oh, and did you spot the flares, the lace work and the bows on the neck!? I went nuts over this collection and watching videos of the stunning Divya Khosla Kumar, walking in these adorable clothes was the cherry on top for me.
A fun and flirty line, this is the pocket friendly collection you wouldn't wanna miss.

Here's what I loved from the entire collection- 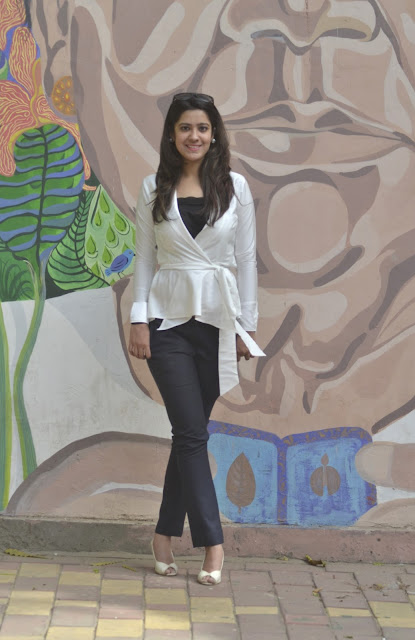 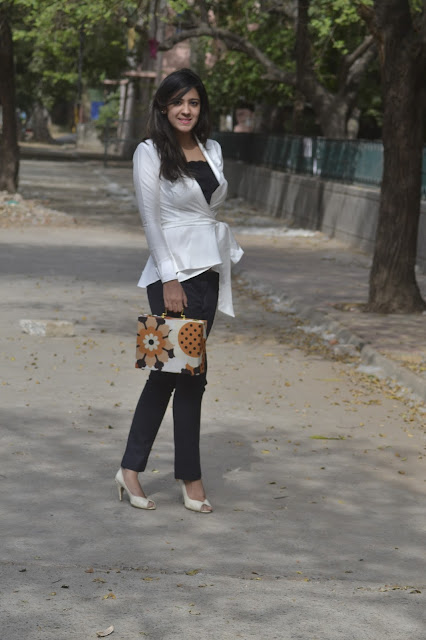 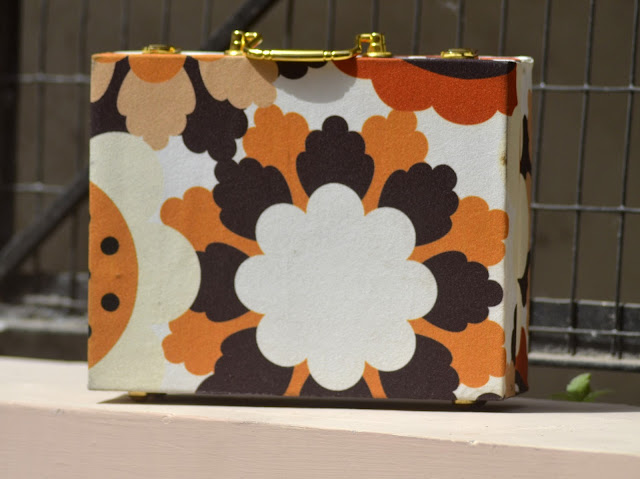 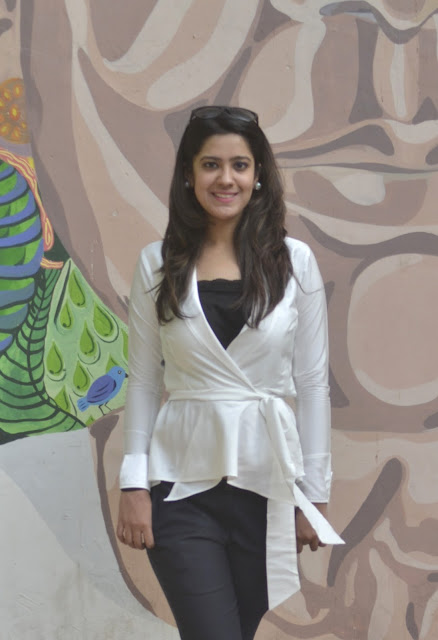 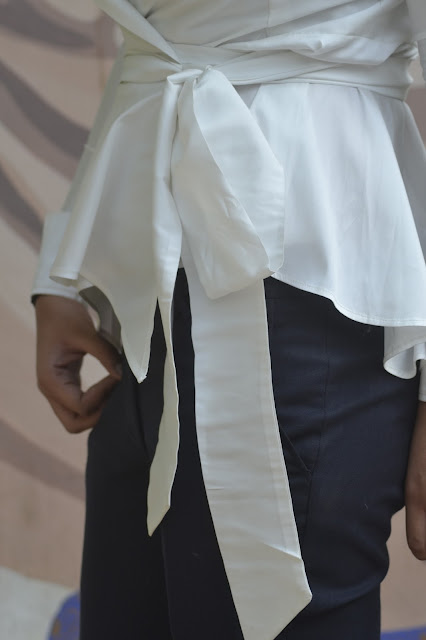 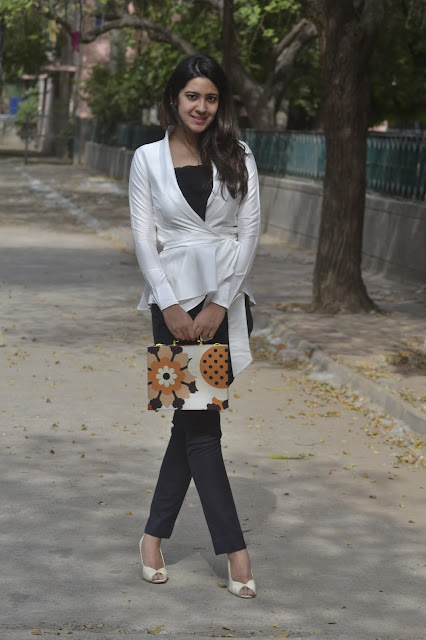 
This white peplum wrap around shirt was my favorite from the Equine Collection. I tried to give a Work Mode look by pairing these black trousers and white heels with the wrap around shirt. To add a little color to the look, I paired this floral briefcase.

To shop the collection you can go to- http://www.nityabajaj.com/shop/equine-summer

You can also visit her store to see the collection- 37A Shahpur Jat, Siri Fort, New Delhi.

Posted by Shweghna Gursahaney at 04:50 No comments:

From One '90s Kid to Another

One fine morning last week, I started my day as with the ritual of checking all online stores to see if something new had come. It was a known fact that Disney was soon going to collaborate with Koovs but I was completely unaware of when the collection was going to be live. I must have woken up from the correct side of the bed because that morning the Disney's collaboration with Koovs lied in front of me!
All the 90s kids would understand my level of excitement right now. (Literally had to rewrite the post because of too many typos!)
I've been a sucker for Disney ever since I started watching the television. More than Telly Tubbies, my life revolved around the love story of Micky Mouse and Minnie Mouse. When my mom used to leave for her office, she would wake me up after which, the entire day, my eyes would be glued to the Disney Channel until she came back in the evening. So when I saw the collection live on Koovs, it was but natural that I would lose my cool and add a few pieces from the collection.
One of the things that I ordered was a monochrome printed bodycon dress. The day it came, I couldn't let go of it and literally slept hugging it. (Yes, I love my clothes too much)
To all the 90s kids, this blog post is for you guys! 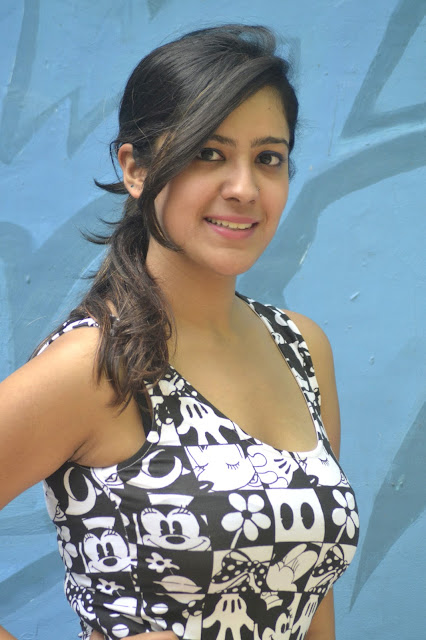 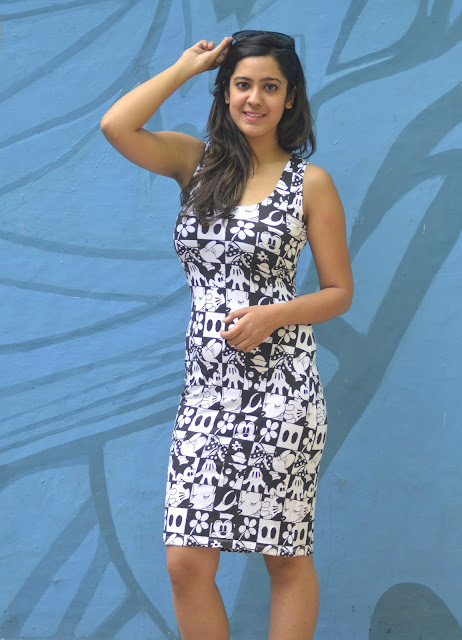 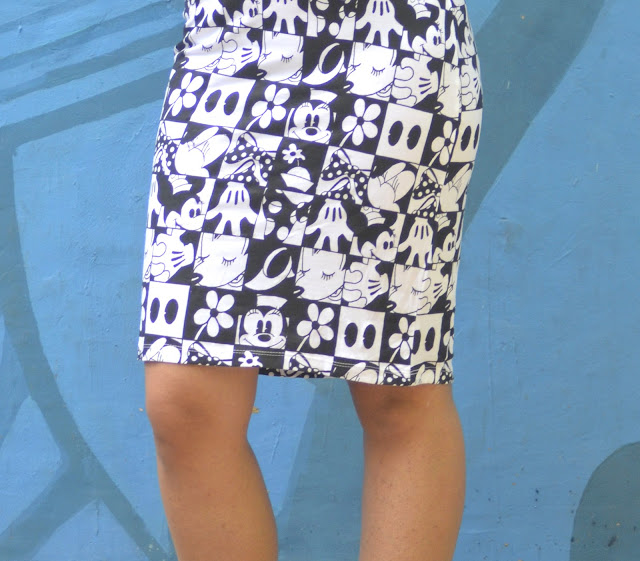 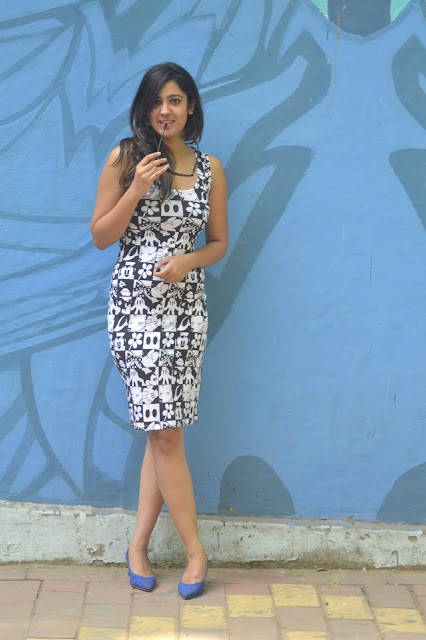 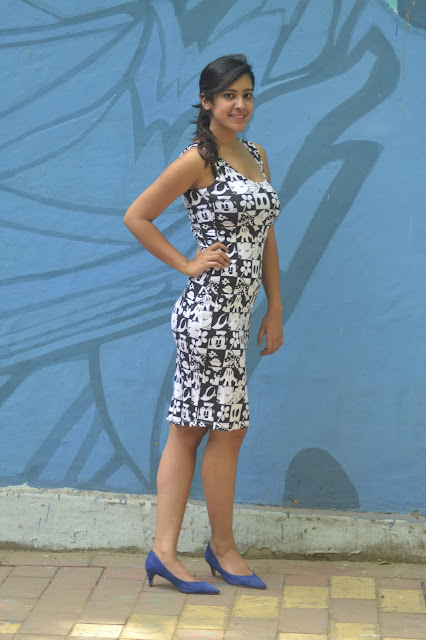 If your level of excitement got as high as mine had, stock your closet with DisneyXKoovs collection now- http://www.koovs.com/disneyxkoovs

Posted by Shweghna Gursahaney at 23:48 No comments:

My first encounter with a compact was when my best friend forcibly put some on my face, years back. After that incident, I switched to compacts but always stayed loyal to Chambor. Recently, Nykaa launched their own range of Skin Genius Compacts. This range contains three shades- Natural Ivory, Warm Honey, Rose Beige.
When I first saw the collection on Nykaa's website, I fell in love with their packaging. For heaven's sake, they had a separate compartment for the compact and a separate one for the blender. (Something which nobody can say no to!) The next thing I knew- I was adding the shade Rose Beige 02 to the cart and placing the order. 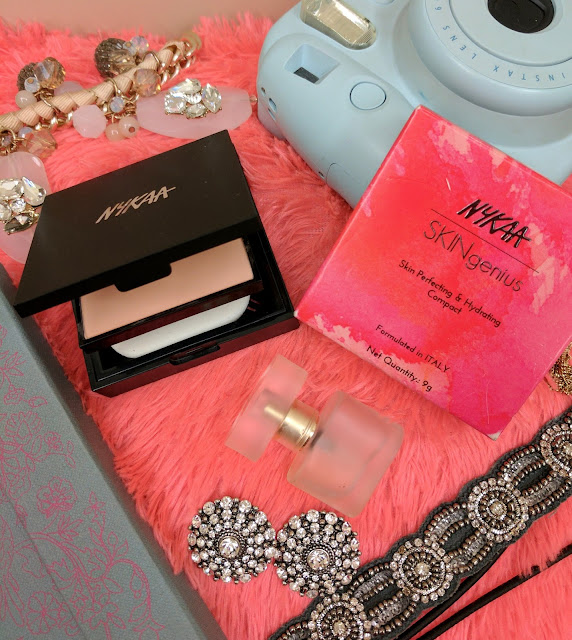 For the ones who are skeptical of ordering online, my order came in three days in this pink box and was of top notch quality.
Available for just Rs. 525, the Rose Beige 02 was perfect for my complexion. As my color is on the wheat-ish side, this shade perfectly blends on my skin. I prefer my compacts to not make me look white and should give a natural look on my face and this matte finish compact did exactly that for me. Oh, and it's texture is creamy and soft.
For somebody like me who sweats like a pig, having a compact which helps me fight the oily look is actually a blessing. For me the deal breaker about this product was that it lasts all day long. (Which even the brand I was loyal to, couldn't offer) And anyway, nobody likes to put makeup on their face, 10 times a day. I hated doing that but since I had no other option, I went ahead and put compact on my face, again and again.
In a nutshell, if you're looking for compacts that blend with your skin tone and help you survive the dreadful weather, go with the SKINGenius compacts range. You won't be disappointed. I know, I wasn't.

Posted by Shweghna Gursahaney at 03:57 No comments:

Dressing Up for Other Women

Ever since I can remember, I've dressed up for other women. It started at the age of five with those really pretty skorts which my mom used to buy in abundance for me. The feeling I would get when all my girlfriends used to stare at them with envy was out of this world. Back then, I didn't know what I was doing but now I know that the term was- dressing up for other women.

There's a party of about 50 people and you know literally everybody whose going to show up. Your body is killing you because you've had a long and tiring day. Gym pants is all you want to slip into right now. But do you step out of your house wearing the most comfortable piece that lies in your closet? No, you instead pick the off-shoulder bodycon dress, wash and curl your hair, take a minimum of 45 minutes to do the make-up and don the H&M danglers you bought just last week.
Are you doing this for yourself? Absolutely not.
You're doing this for those 30 other women who're going to look their best and you don't want to be one step behind. 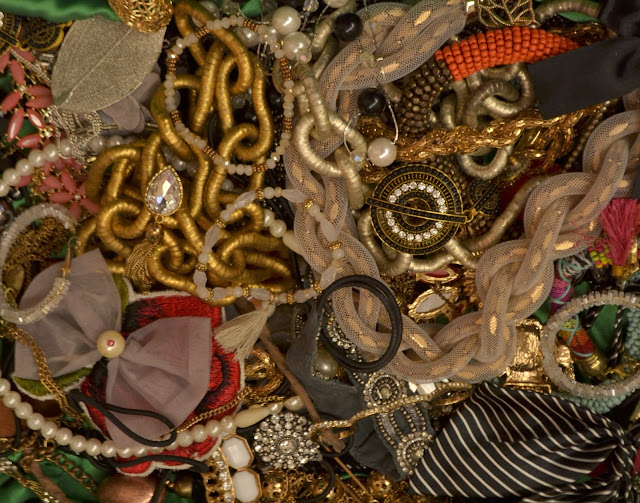 Don't get me wrong dear readers, dressing up for other women is not wrong. If you ask me, it gives me a thrill, a reason to take an extra effort towards myself. And every time I get the stares with envy, I transport back to the time when I was five. The feeling still is out of this world. To some like me, it is a way of boosting the confidence, while there are others who take this as a stressful task.
But sometimes this term can mess up with your head for real and make you do things which you would swear to never have done if asked by a friend.
That leads me to the second part of this post-

Have you ever criticized your friend's outfit so that she doesn't wear it and you get to take the lead?
I as a matter of fact did it once. One week before this really huge party, one of my friends sent me pictures of two dresses out of which one was so good that I shed some stoic tears and the other one was relatively not that attractive. My friend wanted to go with the dress I too liked but I made her wear the other one. I said all the things which I knew would convince her to wear the average dress. She came to the party looking ordinary and feeling not-so-great while I, even after looking better than her and getting what I wanted, felt worse than her.
No, I'm not proud of the incident but it helped me realize what a bitch of a person I was becoming. So I decided to make my peace with this term and not go so crazy. Ever since then, I've tried to dress up for only myself and it's truly made me happy.

But if you were sailing the same boat as mine, you would know that every now and then, it's not so bad to get the "out of this world" feeling when dressing up ;)

Posted by Shweghna Gursahaney at 02:17 No comments: