Yesterday an article in the Times Trends section caught my attention. After reading it, I knew I had to share it and what could have been a better portal than my own blog?
We've all been familiar with the fact that Japan has been leading the pack when it comes to fashion but this time they chose to target the norms of the society and has got the entire world surprised for real.

Genderless Kai (genderless style) came into existence after the Tokyo Girls Collection 2015 A/W fashion show. Ever since then, there has been no turning back for the danshi (young men) of Japan. Now some might anticipate that this movement is related to sexuality but it has nothing to do with it whatsoever. It's a movement to blur the line between pink and blue- between femininity and masculinity. Genking, an out gay male model gained a lot of popularity after his appearance in the Tokyo Girls Collection fashion show. Toman, another model and a member of the XOX band is often spotted defending the movement on the Japenese telly. He in fact, flaunts his genderless style whenever he's performing on the stage!
Toman feels that if a person finds something which suits him or matches his taste (even if it's a slim-fit tank top), then gender has absolutely no role to play. You will be able to watch many Danshi of Japan to be bending the gender norms by dying their hair, getting manicures done and donning bright colored lipsticks. 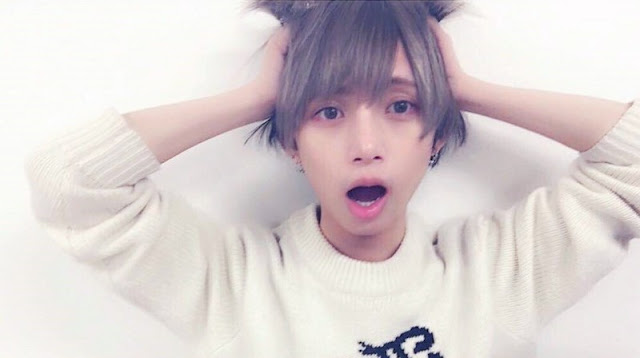 To some this may seem odd. And surely, there will be many out there who might find this concept interesting but will be too afraid to try it because of the society. Because our society has taught us that dolls are for girls and cars are for boys. That if a guy cries, he may seem weak which is just not acceptable. So why is it that when actors are seen with makeup on screen, it's completely fine but when it's off screen, the guy is assumed to be gay? Many guys from Japan pointed this out that for decades women have been jealous of men who get to work and do whatever they wanted. But what they are jealous of is how women get to express themselves by the clothes they wear and the makeup they put.
I feel that this is a splendid attempt by the young generation of Japan to break the norms formed by the society. It means that a guy has to be brave enough to let down his guard and actually do whatever he wants.

Posted by Shweghna Gursahaney at 13:51