The Last Dance of the Courtesans- Tarun Tahiliani for India Couture Week 2016.

It was 10:05 PM and the call for the show to begin had still not been made. We media people utilized this time to marvel at the courtesan setup for Tarun Tahiliani's show. With a chandelier at the beginning of the ramp and strands of chameli flowers on the sides, the entire Durbur Hall smelled as well as looked stupendous. 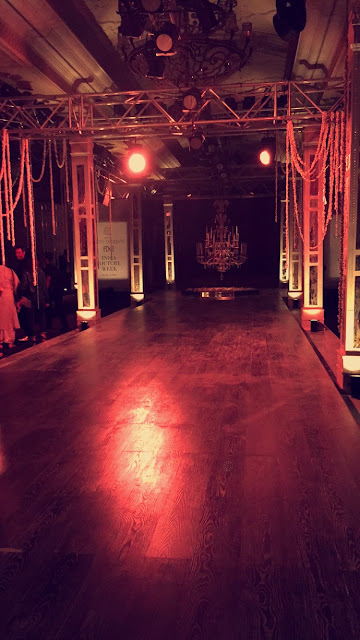 After some waiting, the lights went off and I got completely bound to the ramp for the next 30-40 minutes.
The beiges had delicate embroidery while the shades of red had intricate swarovski work. After an eye feasting collection of reds and beiges, Tahiliani also put in a touch of black (not one of my favorites to be honest) 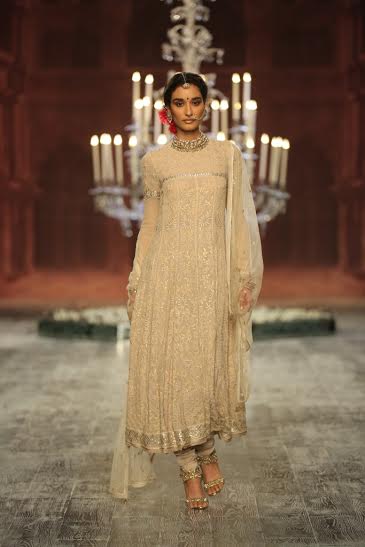 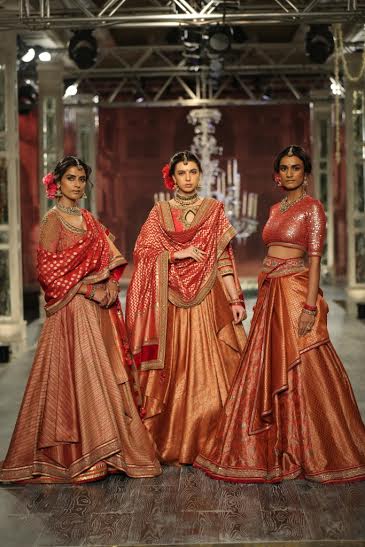 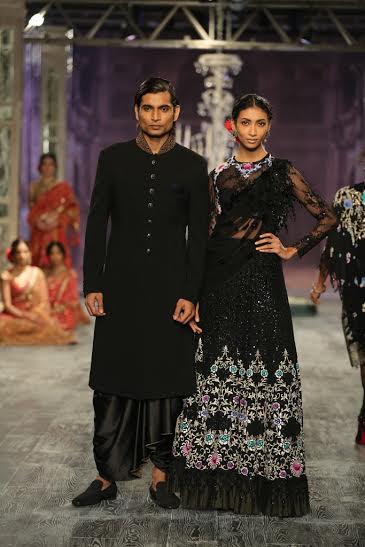 They say the shades of white are not for an Indian bride. After yesterday's show, I ask, why not?
(I will only get married in a white Tarun Tahiliani lehenga and the groom will have to wear the blue Tahiliani sherwani!) 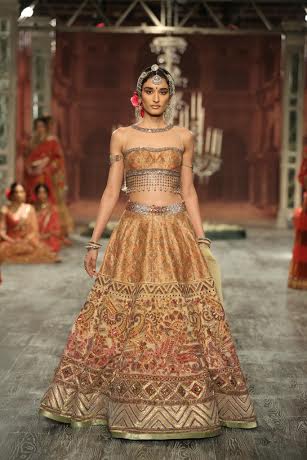 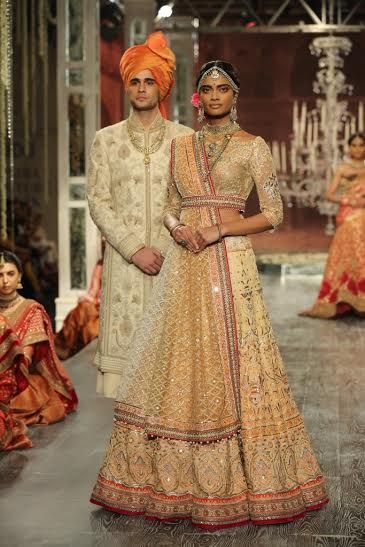 The Last Dance of the Courtesan was a live example of what a modern bride would like to fashion on her special day. TTxSwarovski truly set a benchmark for all the other designers' couture collections. This just makes us more curious to find out what the other three days have for us! 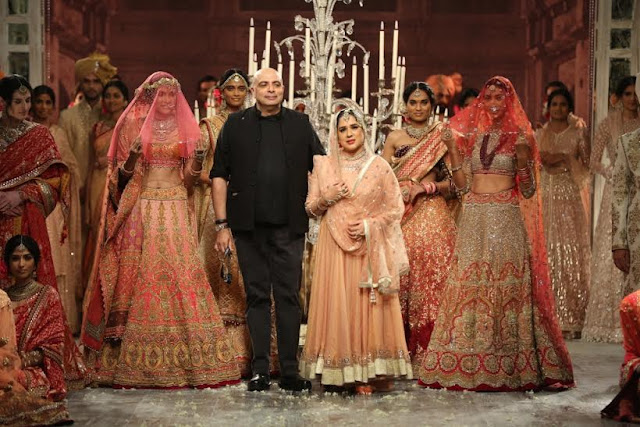 Posted by Shweghna Gursahaney at 00:23