With Love From Jaipur.

I recently went for a two-day vacation to Jaipur to get away from the mundane routine I follow in Delhi. All I did in those two days was raid the Jaipur markets. Glad to do so, I came back with kaftaans, palazzos and kurtis. With one kaftaan, it was like love at first sight so I ended up wearing it the next day and doing a shoot in it at the hotel itself. (Clothes that excite me and make me feel pretty have to be on my blog)
Apart from the print, I love how comfortable and airy the kaftaan was. If only I was shorter in height, I would have ended up wearing it like a dress. Sadly, had to wear my all time favorite shorts with the kaftaan. For 200 bucks, it was a steal! 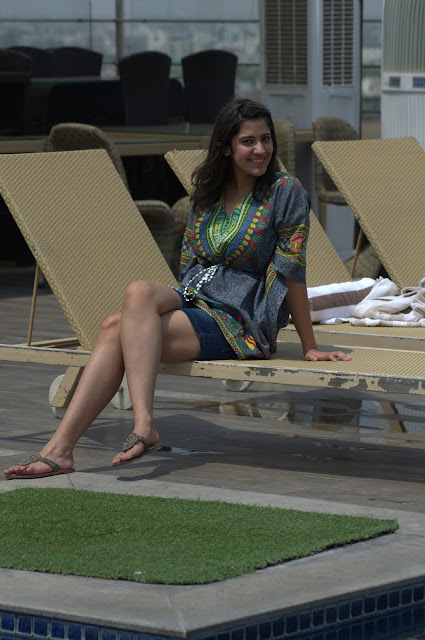 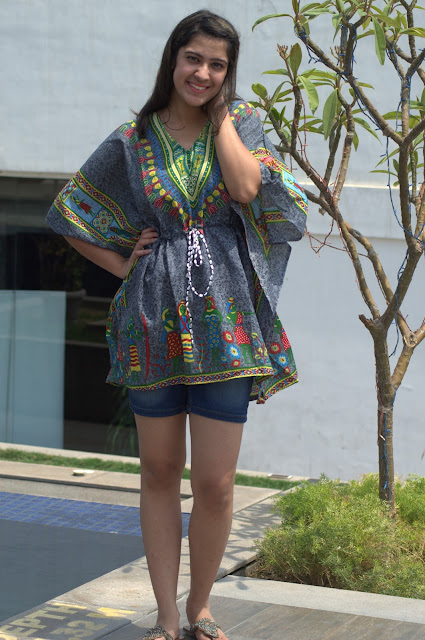 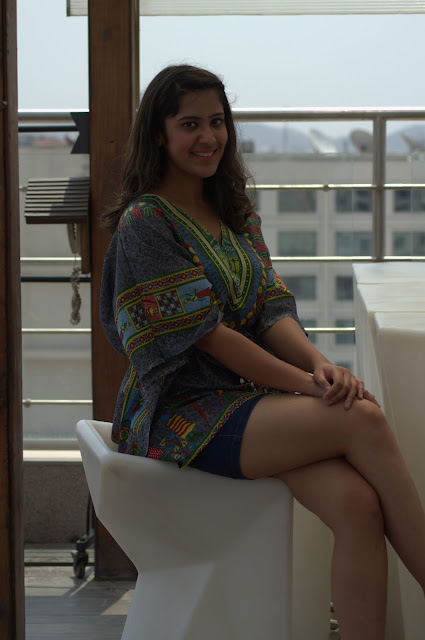 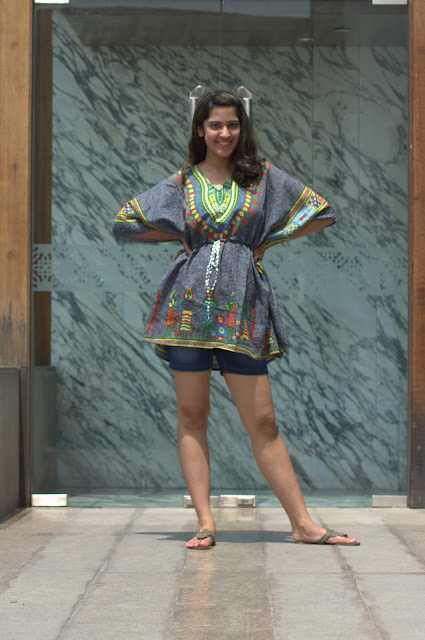 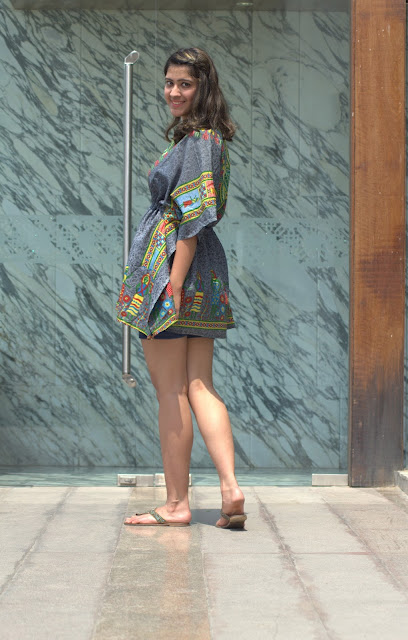 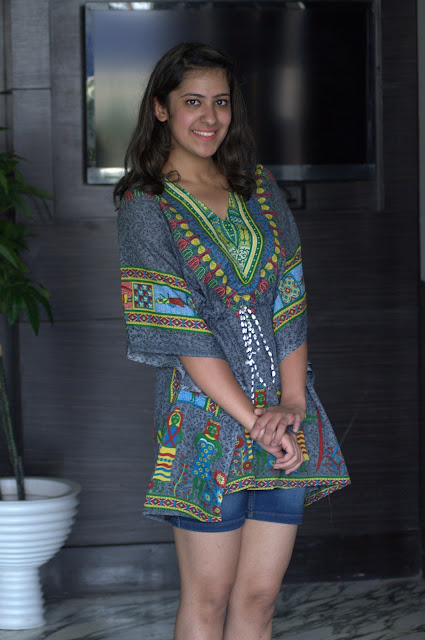 Posted by Shweghna Gursahaney at 02:14 4 comments:

If your social media handles aren't flooded with news of Bill Cunningham's death, then you're sure as hell not following the correct people. On 25th June, 2016, the fashion world lost one of it's treasured jewels.
For the unknowns, Bill Cunningham was a legendary New York Times fashion photographer. His co-workers and friends described him as kind, humble, extraordinary and passionate. Some even said that seeing his street photography was like seeing the entire New York city.
With a Nikon FM2 in hand and the New York streets as his workplace, Cunningham captured both the affluent and the working people of New York. 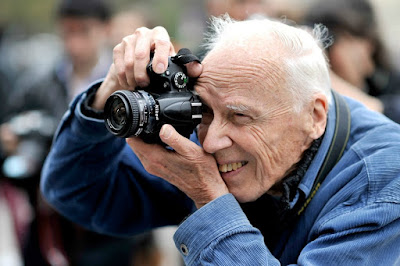 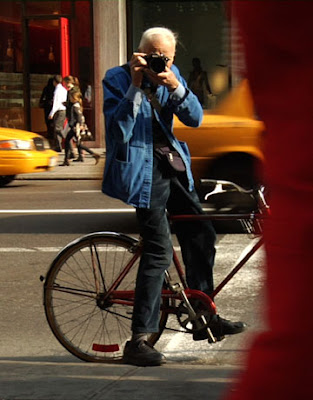 This Harvard dropout lead a simple life. As Bernstein wrote in his beautiful eulogy, "he didn't go to the movies. He didn't own a television. He ate breakfast nearly everyday at the Stage Star Deli on West 55th Street where a cup of coffee, sausage, egg and cheese could be had, until very recently, for under $3. He lived until 2010 in a studio above Carnegie Hall amid rows and rows of file cabinets, where he kept all of his negatives. He slept on a single-size cot, showered in a shared bathroom and, when he was asked why he spent years ripping up checks from magazines, like Details, said: "Money's the cheapest thing. Liberty and freedom is the most expensive."
Easy to spot, riding his bicycle in a blue French workers' jacket, khaki pants and black sneakers, nothing escaped from the lens of his camera. 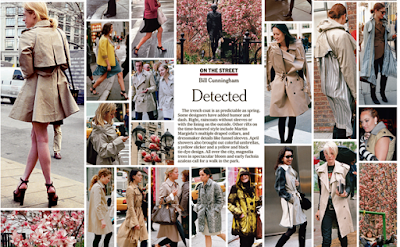 In 2008, the French conferred the Legion of Honor on him. In 2009, the New York Landmarks Conservancy made him a living landmark. In 2010, a documentary "Bill Cunningham New York" premiered at the museum of Modern Art to applauding reviews.
These are just a few of Cunningham's achievements. The man was a living legend whose demise marked the end of an era. 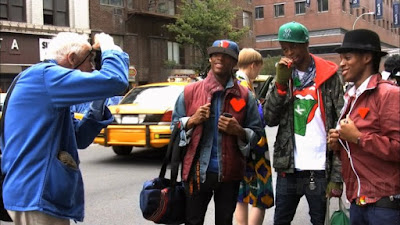 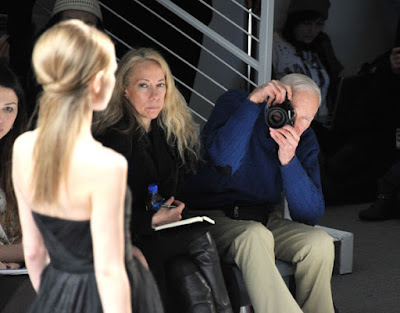 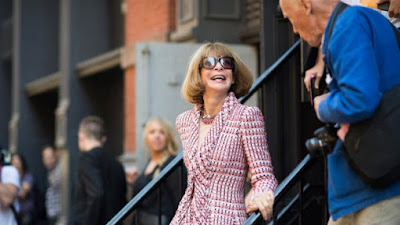 Posted by Shweghna Gursahaney at 04:25 No comments:

Ever since cold shoulders/off shoulders became the new must haves, almost every girl seems to have completely forgotten about crop tops. You can still spot a lot of girls wearing off shoulder crop tops but hardly any who've put their faiths in normal crop tops.
This post is not about off shoulders or crop tops. In fact, it's about bright pastel colors. Colors play a major role in defining your outfits. While I'm a sucker for black, every once in a while even I like to invest in pastels. 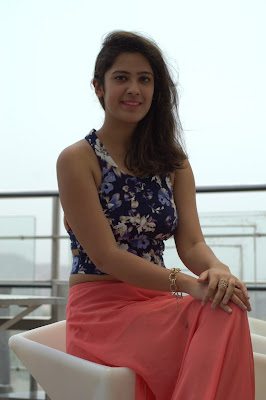 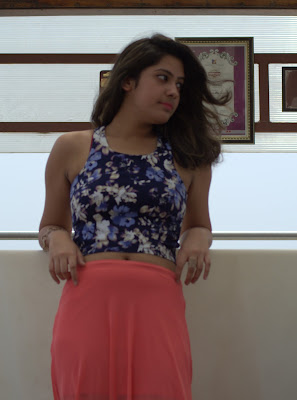 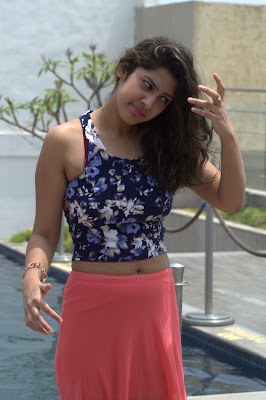 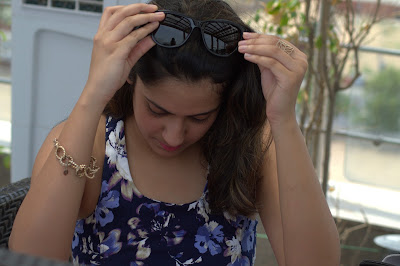 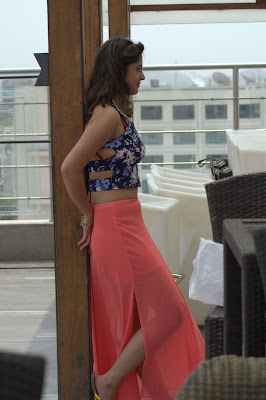 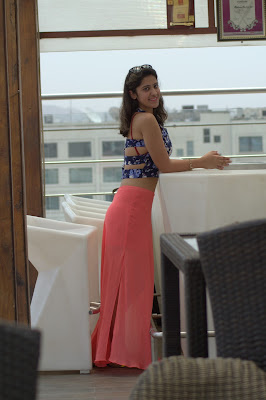 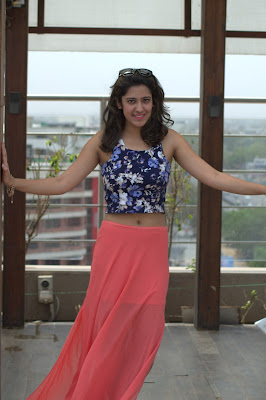 This crop top falls in the category of my most comfortable and chic clothes. And as you can easily see, my highlights are turning blonde. This is a change which took place way too soon so get ready to see anything new on my hair in the upcoming posts! (Here's hoping the color gets transformed into something good)

Posted by Shweghna Gursahaney at 22:04 2 comments:

About Highlights And White Off Shoulders

Four days ago, I got up and decided to do something different with my hair. Ever since my hair got cut, I let go of the lingering thought I had about highlights. Being the impulsive decision maker that I am, I got my hair highlighted.

I went to the nearest Affinity salon and ate the guy's head who was going to color my hair. I briefed him for 20 minutes on which color I want, how I want my hair to look and how many highlights should be there after which he started with the process.
After 3 hours of impatient waiting with tandoori momos and Depauls coffee, my hair had been highlighted in the exact shade I wanted. As I wanted something which gave a natural look yet was easily noticeable, the people at Affinity suggested a light shade of brown to go with my dark brown hair. Now I'm so gaga over my hair that I wont leave them alone. You can easily spot me playing with a colored strand after a minute or two.
This post is also about my love for white off shoulders. I love the fact how all brands and stores are coming up with so many off shoulder tops in different designs. I'm a sucker for black but the summer of 2016 is all about white for me. A color like white is just perfect because it goes with anything and everything. There's nothing too formal or informal about white. It's a settling color. The balloon top that I'm wearing in this post lies in the category of boho clothing or the 70s fashion.
Currently, I'm lusting over anything that is remotely related to the 70s! 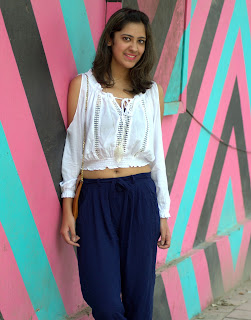 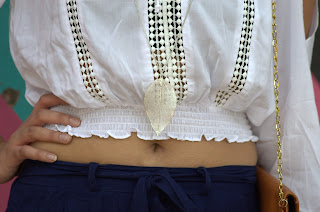 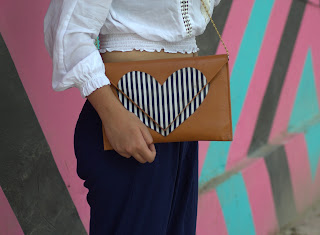 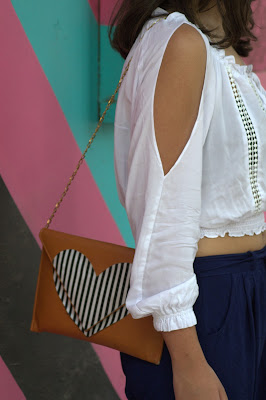 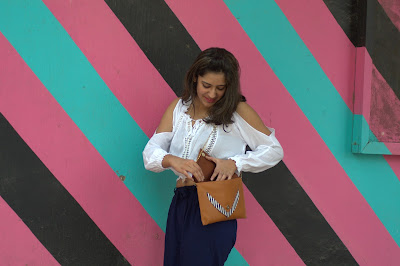 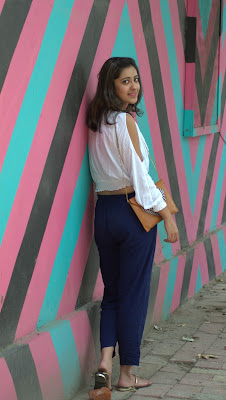 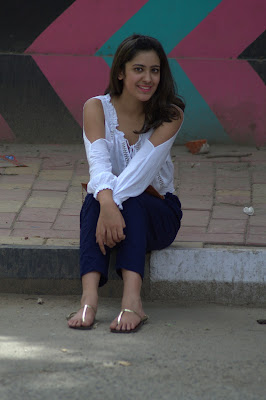 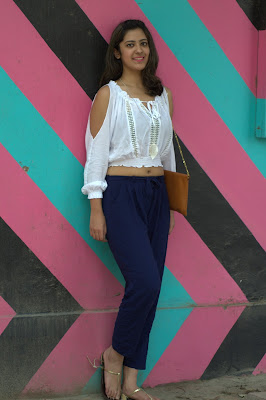 The sweet folks of Envy 1000  were kind enough to send me some of their recently launched products. As soon as I opened the parcel, two bottles of perfumes greeted me.
For those of you who know little or nothing about these two brands, Envy 1000 is a leading deodorant brand from Vanesa Care. 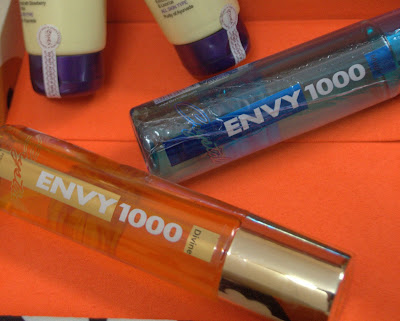 Inspired by the French fragrances, the Envy 1000 crystal range comes in three different editions- Enigma, Divine and Magic. The team sent Divine and Magic out of which I found Divine (a blend of floral fruity, peony, lily, peach, berries and jasmine) to be my pick over Magic (the notes of freshness of an Italian garden; a flirtatious fragrance for a woman who symbolizes the lady like charm)
Divine happens to be a very subtle fragrance. One that is attracting. Magic, on the other hand, carries a very sweet fragrance. If you want the fragrance to last for a long time, grab the first Magic bottle you can spot.
The 135 ml bottle is priced at Rs 199 and is available at all the leading stores and e-commerce websites.
*Worth every penny!*