A Television Series You Should Not Miss: Orange is the New Black.

There is nobody who doesn't savor a scandal. While we all have witnessed the Upper East Side battles in the six seasons of Gossip Girl, here's something new for you.

You might have just heard the name before but now it's time to know the story of the most talked about show- Orange is the New Black. 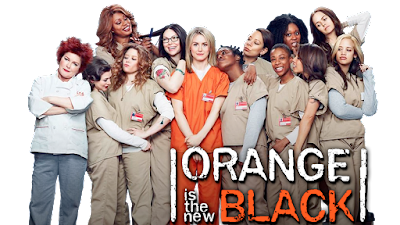 The protagonist of the show is Piper Chapman, an upper middle class New Yorker who has been sentenced for 15 months in a woman's federal prison convicted for transporting a suitcase full of drug money to her former girlfriend Alex Vause (international drug smuggler) 10 years back.
Piper's life completely changes when she has to leave her fiance Larry Bloom to be an inmate in the Litchfield Penitentiary prison.
In prison, she is reunited with Alex Vause completely unaware that Alex was the one who had exposed her. The other inmates' past stories and how they ended up in Litchfield is often shown to give the viewers a better comprehension of the characters. 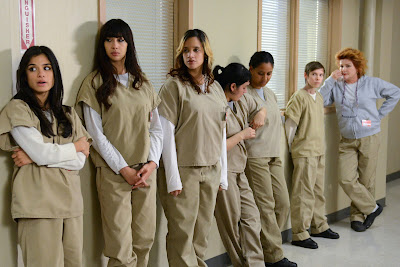 The jail drama is totally new to Piper and in no time she's the one involved in almost every bit of it. While some inmates of Litchfield are trying their best to elapse their time peacefully, the others put faith in fighting and taking revenge in the most barbaric way.
The inmates who bond together usually end up screwing each other. There are combats over who will rule the kitchen, who will first take the shower and other petty issues which sum up the day of these prisoners. Most of them usually seem to be clear hearted and good persons who wouldn't end up in jail but when somebody gets to their bad side, the show seems to take a new direction.With being stuck up in jail for months and years, the characters are seen adjusting and accepting the jail as their residence. 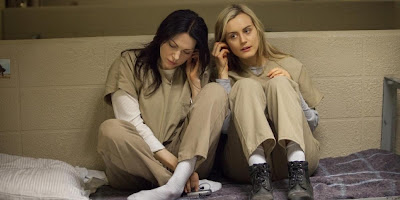 For all those who enjoy witty comebacks, light hearted comedy, lesbian sex and women drama, Orange is the New Black will turn out to be your utmost favorite show.

Posted by Shweghna Gursahaney at 08:07