With the help of settling colors, pleats, net cloth and deep back designs, Siddartha Tytler brought forward a lovely fashion show.
The show started with a lavishing section of white clothes. The charm from the jazz era was highlighted in the white dresses. One of the white dresses had a beautiful neck line along with diamond cut design on both the sides of the waist. The back of the dress was half empty and that part was covered by net cloth. A ten-on-ten for me!
A dress having corset was also in the white section. Since the dress was a tube one, the designer added a net waist length shrug to it. This dress was simply plain yet elegant. 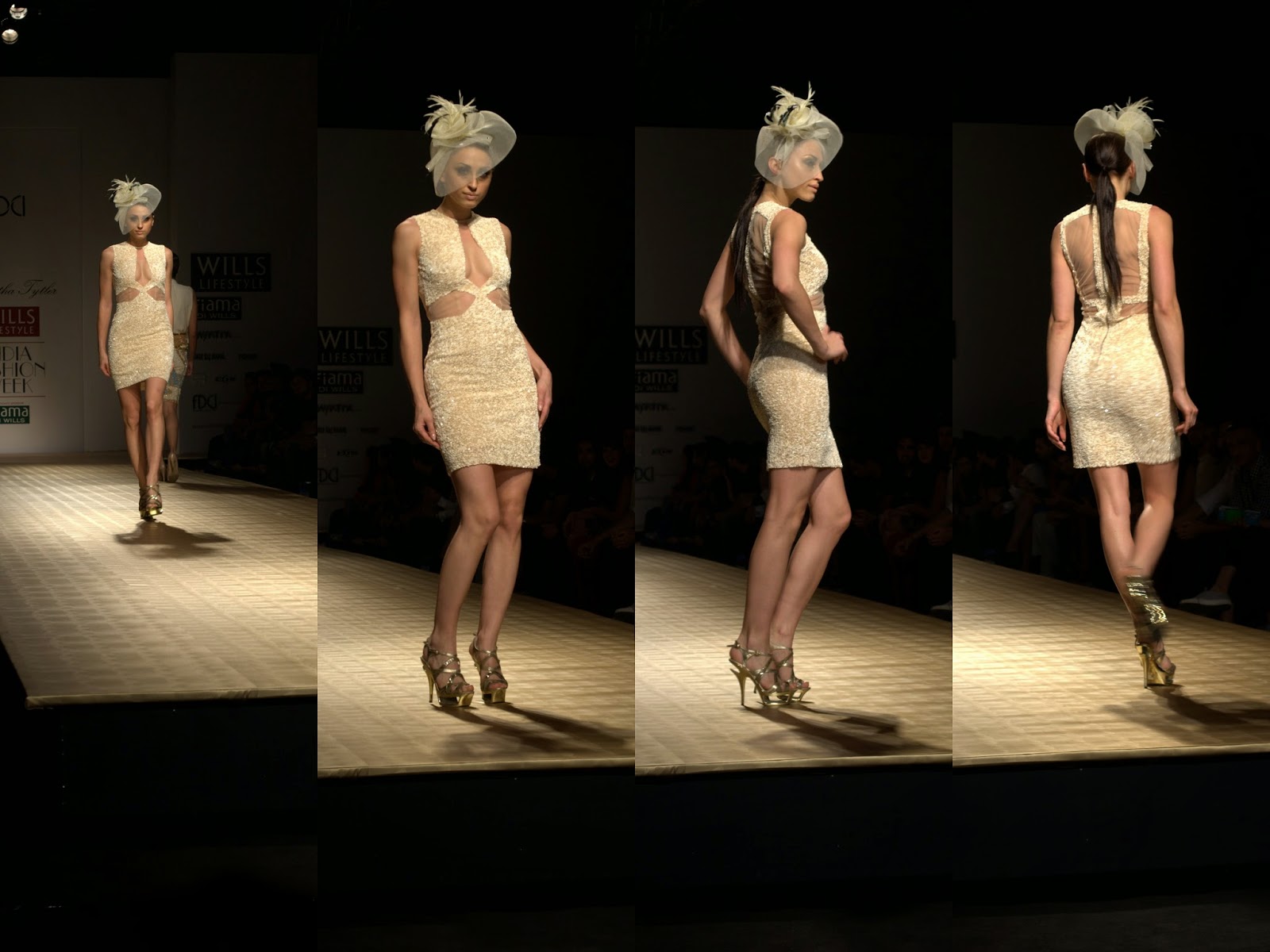 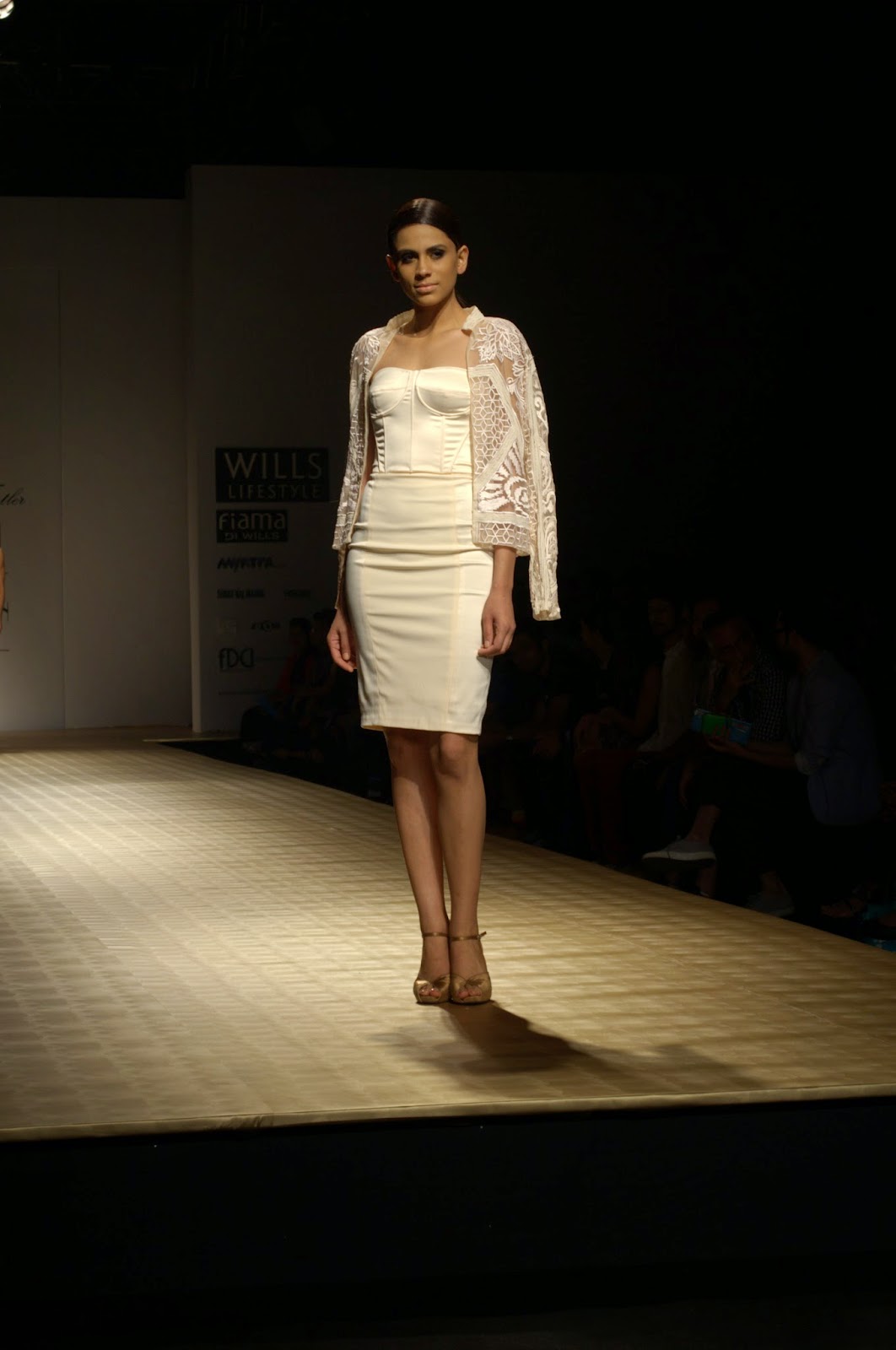 A peplum revealing just a bit of the stomach area was mixed with palazzo pants. The peplum had the metallic influence.
Straight-line gowns having lace design in patches form was pretty but it could be a bit more eye catching. 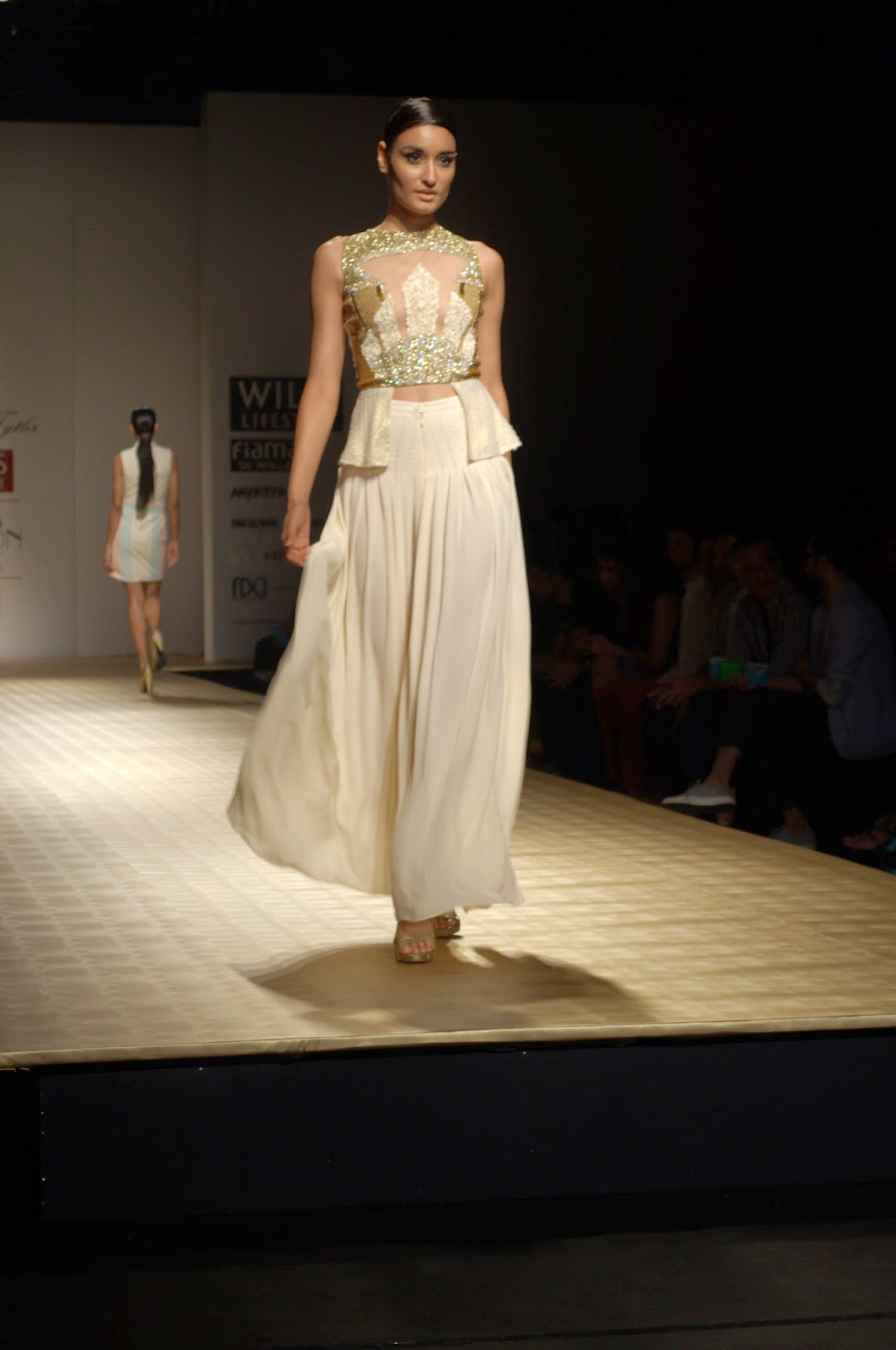 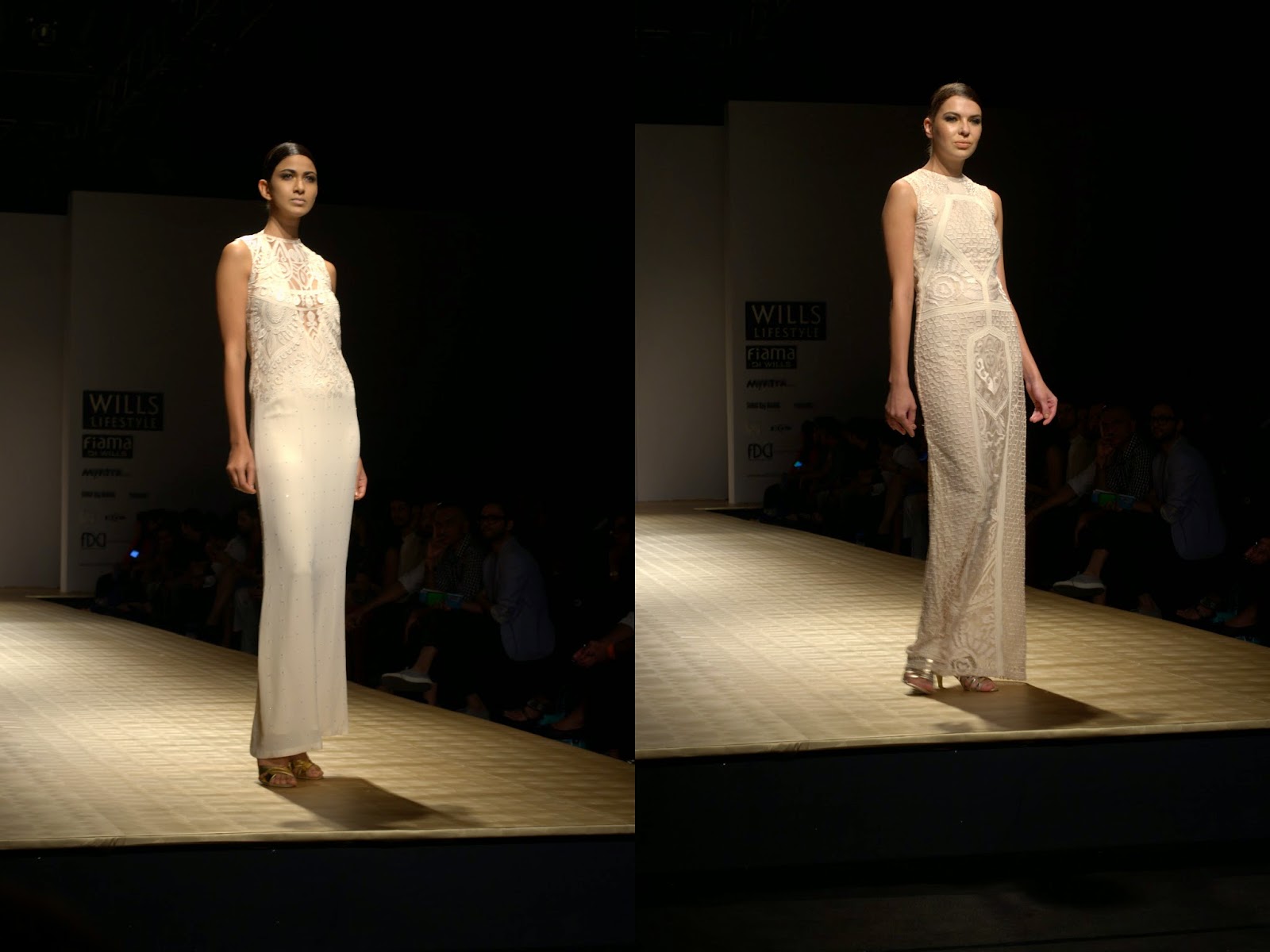 Siddartha Tytler's other outfits were so glamorous! My personal favorite was the blue knee length dress which had huge pleats at one side of the shoulder along with at the end of the waist area. The back of this dress was half empty. This dress was completely breathtaking.
The shirts designed for menswear were a bit translucent but they had a subtleness. Colors of the shirts were dark and edgy. 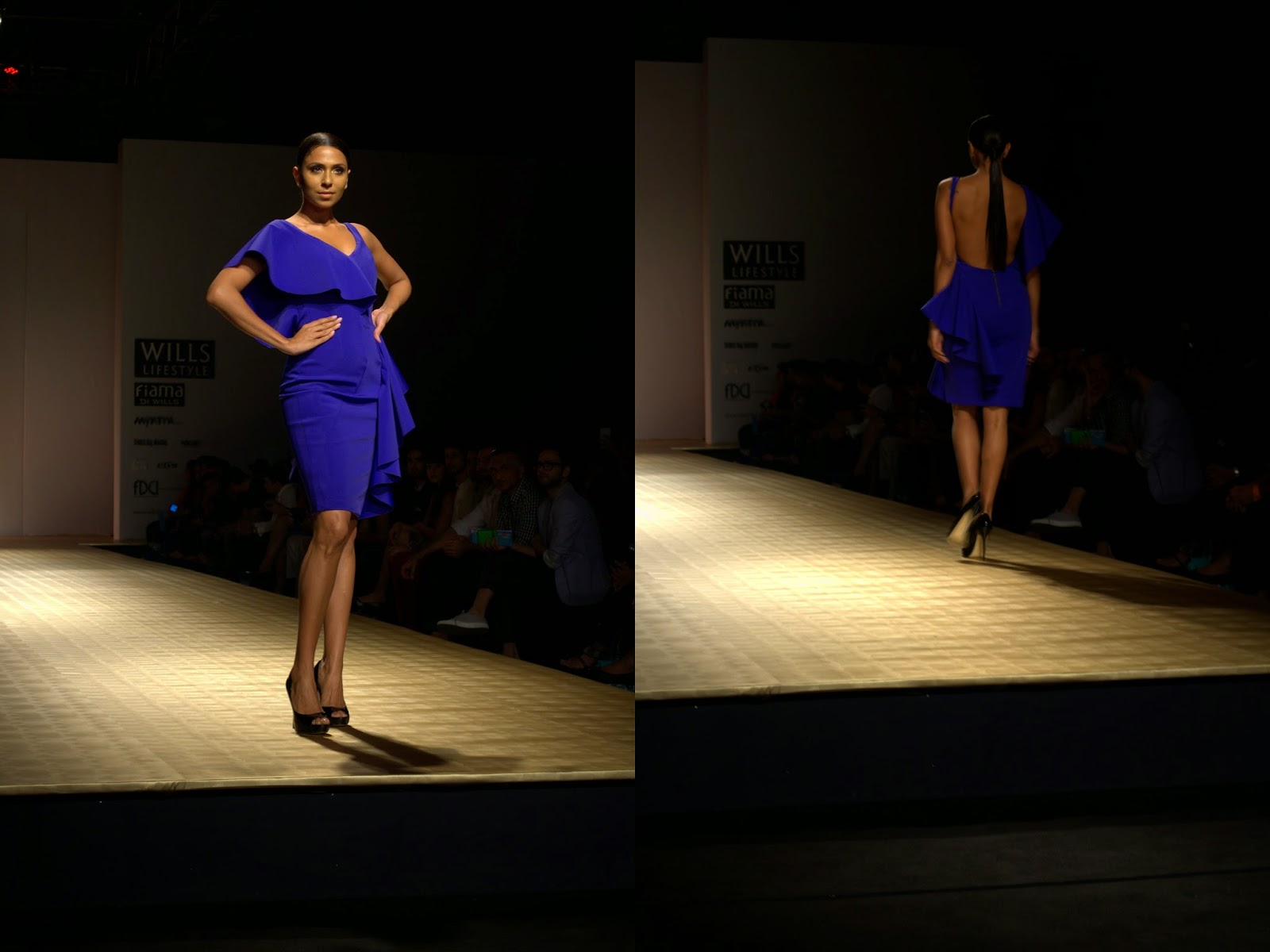 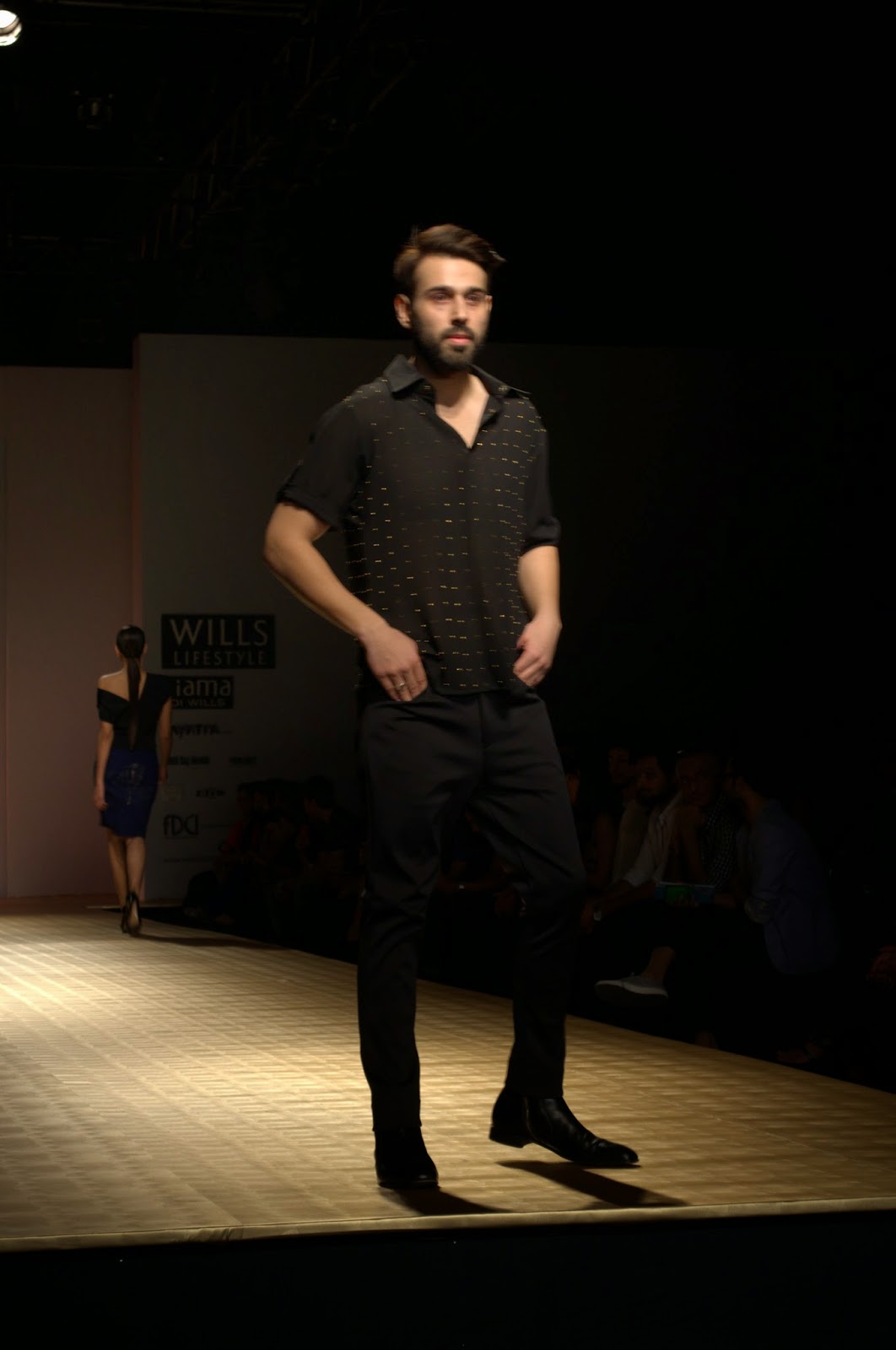 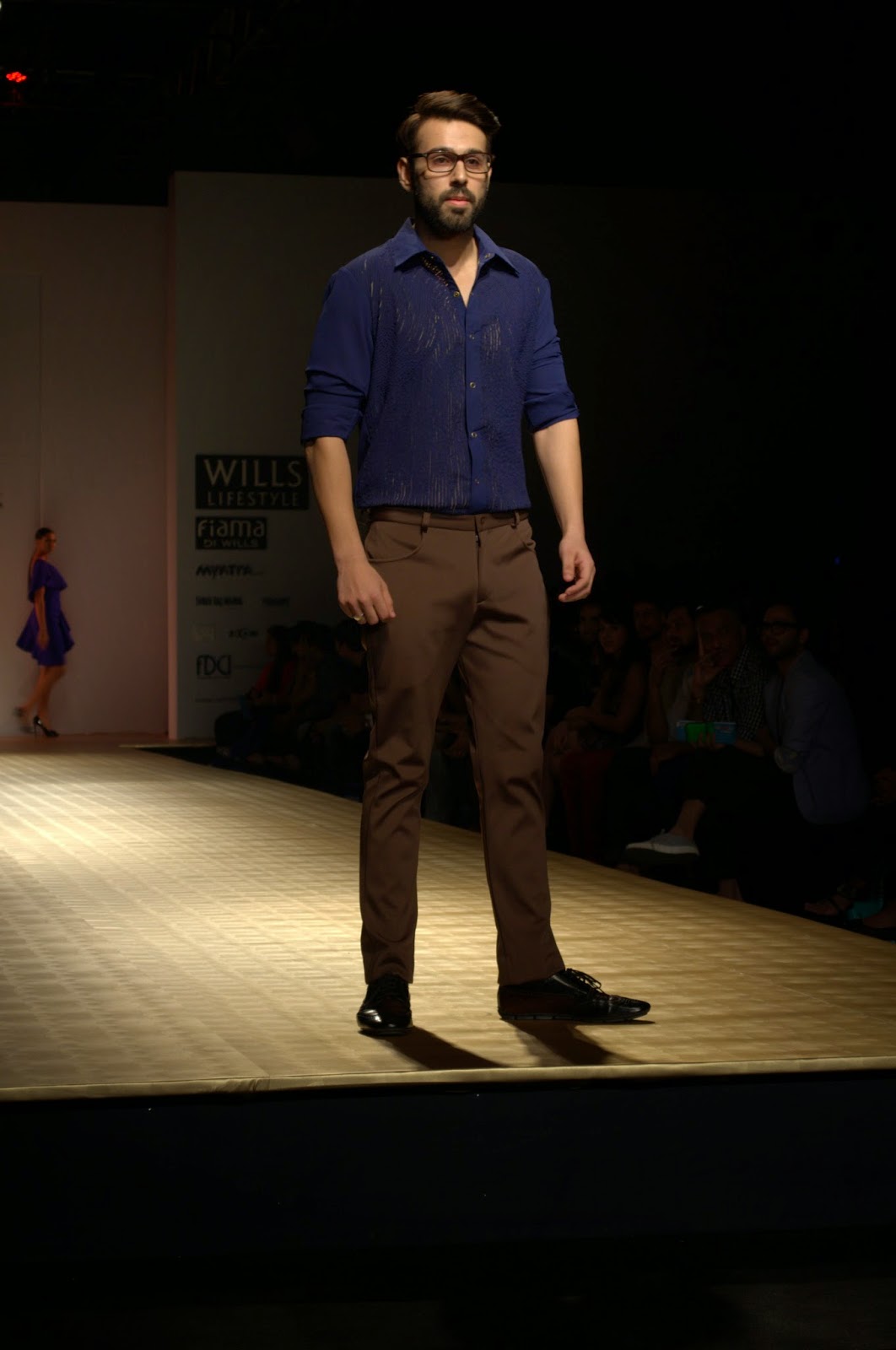 The gowns were dress-like till the knees and then the net cloth was used to make the lower parts of the gown. Extremely fetching, the gowns were stylish and chic.
Other outfits of the show included off-shoulder tops mixed with skirts and off-shoulder gowns. 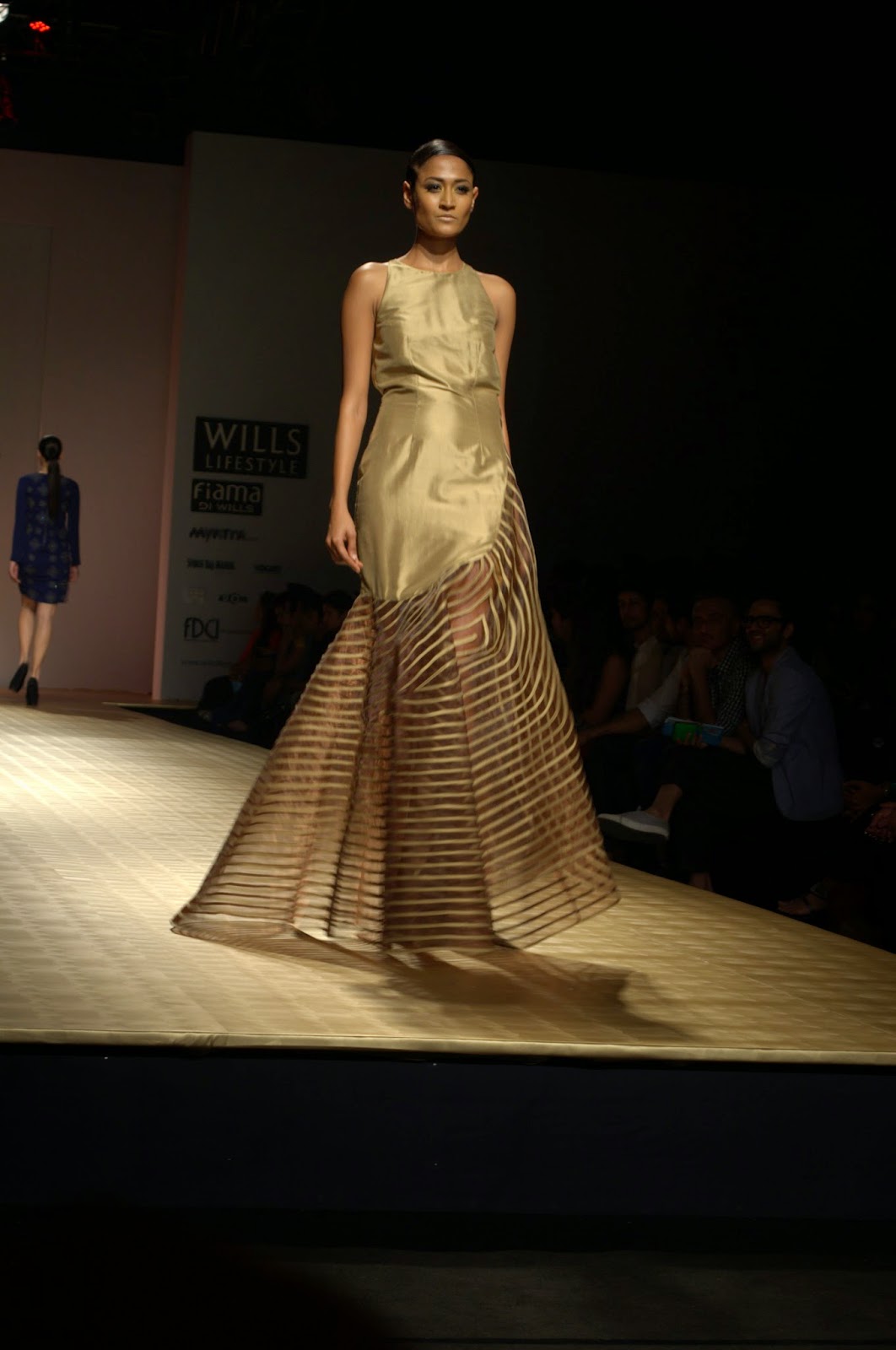 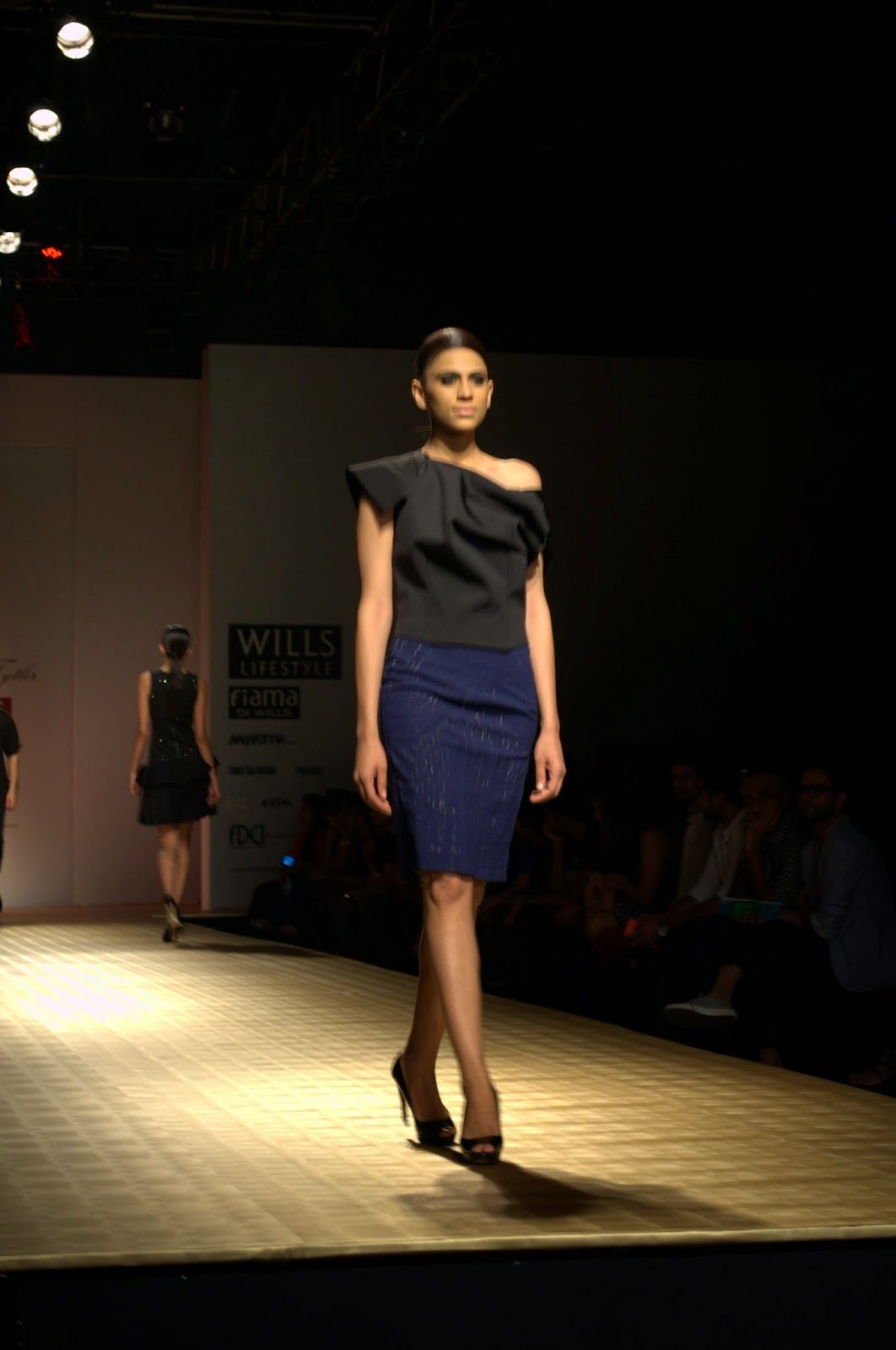 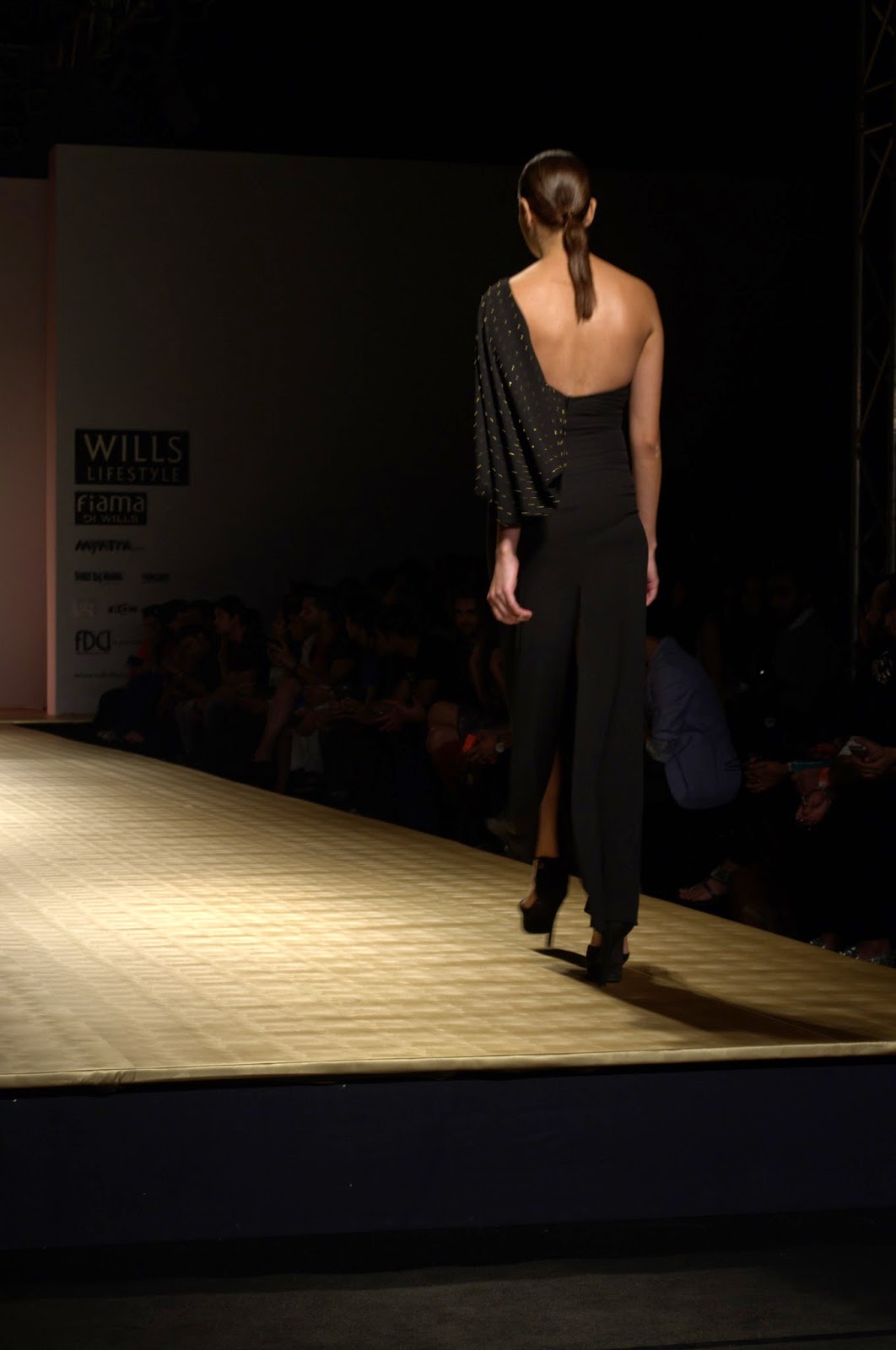 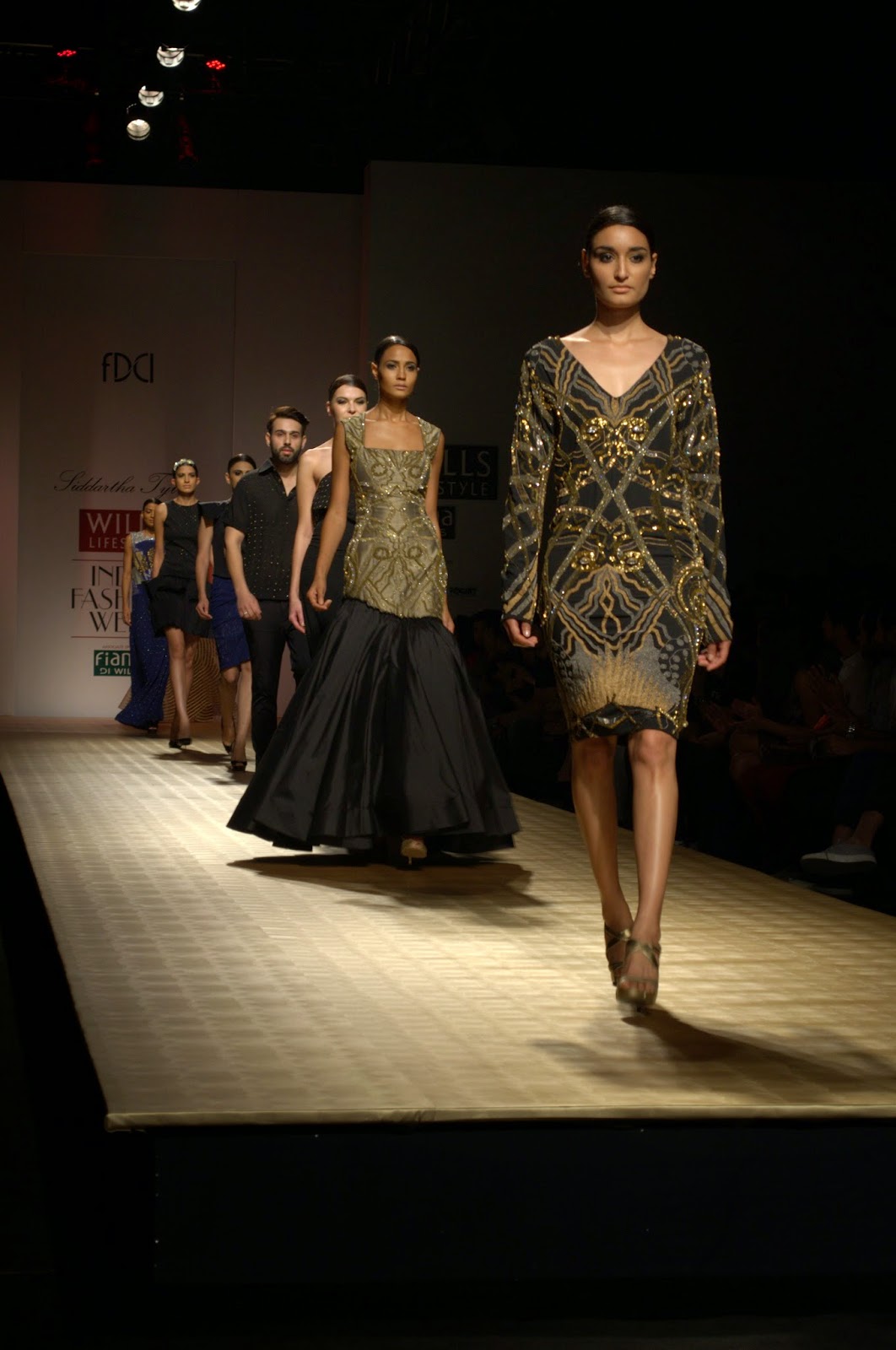 Posted by Shweghna Gursahaney at 08:35